What’s The Difference Between VPN & VPN Passthrough On A Router?

VPN feature on a router is the router that supports VPN technology natively, e.g., PPTP, L2TP or IPsec. You may configure this router to function as VPN server or set site-to-site VPN using other VPN gateway.

Here We Gonna discuss about

What Is The VPN Pass-Through Function On A Router? 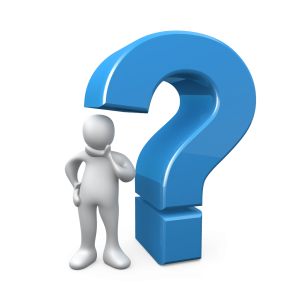 This type only allows the VPN traffic that is sourced from VPN client to get through to the internet then get to the remote VPN gateway, but it doesn’t support VPN technology natively.

It’s a common feature on home wired/wireless router which supports hide NAT or PAT (just require one public IP to connect to the Internet from home network).

Due to VPN technology complexity, VPN pass-through function must be switched on home router when you try to establish the VPN back to your business VPN gateway using a business notebook.

In case a router has got VPN support what this means is that it supports VPN technology, e.g., L2TP, IPSec, and PPTP.

What is VPN Passthrough?

The VPN Passthrough feature which is available on a majority of routers simply enables computers which are connected to a router to establish outbound VPNs. Any router that features VPN Passthrough technology supports both L2TP/IPSec and PPTP VPNs.

How Does VPN Passthrough Function?

Routers use what is known as Network Address Translation a.k.a NAT to allow all the gadgets on the network to share a single internet connection. This is much useful because it lets you connect multiple gadgets to the Internet.

Fundamentally, VPN Pass-through lets packets of data which originate from VPN clients on gadgets to pass via the router to VPN server, from home.

Why The Heck Is VPN Passthrough Required?

Almost all routers out there implement a function known as NAT to let various computers share similar internet connection; this is actually how your home router functions.

Both IPsec and PPTP VPNs don’t function with NAT natively. This is because a majority of routers implement NAT and this is a problem.

Fortunately, PPTP passthrough deals with this problem by replacing GRE which is the part of PPTP which does not function with NAT with enhanced GRE. The enhanced GRE functions well with NAT.

IPsec passthrough uses NAT-T encapsulating the IPsec packets in the UDP packet that functions with NAT.

How to Enable VPN Passthrough

You can get connected to another computer over internet or private network by use of a virtue private network.These VPNs are useful in the creation of secure connections on condition that your router is configured to enable such networks. This is known as VPN passthrough, without enabling this feature, you cannot connect to the VPN using that connection. Most routers can be configured easily to enable VPN passthrough.

Step 1
By use of your local area network, connect to the internet and then launch the web browser of your preference.

Step 2
Key in your router’s administration program IP address into the URL bar. Mostly but not always, this program’s IP address is normally 192.168.0.1 or 192.168.1.1 if none of these addresses functions, go back to your owner’s manual to get your router’s exact IP address.

Step 3
Key-in administrator ID and password as well when requested by the administration program.

Step 4
Access router’s security configuration options which are under a heading or a tab named “Security.”

Step 7
Press Windows key then type VPN for search in the bar, then go to the Settings category.

Step 9
In the “Internet address” field, enter the VPN’s Internet address followed by the name of the VPN in the “Destination name” field. Making sure that “Remember my credentials” box is ticked, then click “Create.”

Step 10
From the Networks pane, Select the VPN then click “Connect.” If you’ve correctly configured passthrough, you will be required to enter your ID and password for the virtual private network.