TP-Link Deco M5 vs. Google WiFi: Which Won the Race for Best Mesh Network System in 2021

If you are no tech savvy and ready to role in some coins, the Google WiFi is the way to go for its superb simplicity. The TP-Link Deco M5 is for you if you are after budget with quality and control

It’s no rocket science that mesh routers are the best way to tackle WiFi distribution issues in a large home to remove the no signal spots. But for over a decade now they have been at the cut-throat range making them something you could only find in big enterprises or military base.

Well, no more. Now, thanks to the several years gone by, the price has significantly dropped, and manufacturers are now targeting the broader consumer market with two to three units.

With that said, the Google Wi-Fi and TP-Link Deco M5 are the most recent with the goal of reaching out to a more budget-oriented audience. Each has its strength and weakness and its preferred audience. 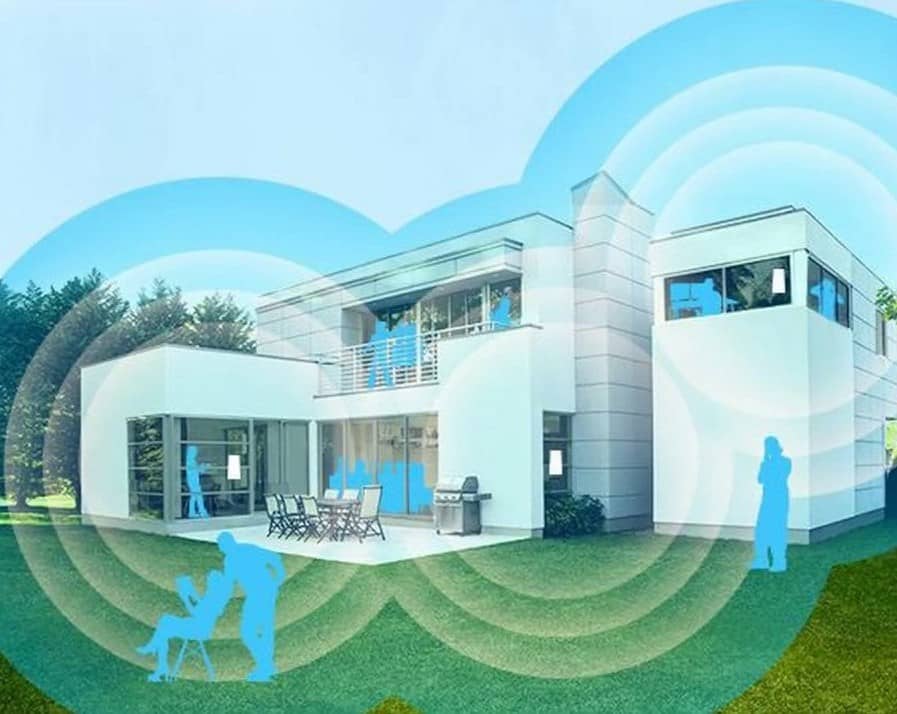 Whether you own a first-floor kind of home or something bigger, we can all agree that when we use the standalone traditional WiFi stations, we experience poor signals the farther we move away from the base station.

That isn’t the same for Mesh Wi-Fi routers. The signal is superb from every inch of your home.

The reason for this lies in the system operational method.

A mesh is a system of multi-connected WiFi stations that work together as one to maintain strong signals across all sections of your home.

So, unlike the traditional system, you don’t experience dead zones or poorer signals as you move from one section to another. For those who use Wi-Fi network Extenders for their standalone, you surely go through the headache of doing stuff manually, like connecting and disconnecting from it.

That isn’t the same for Wi-Fi mesh system. For a Mesh router, your devices automatically switch to the strongest signal available as you move from room and section to section. 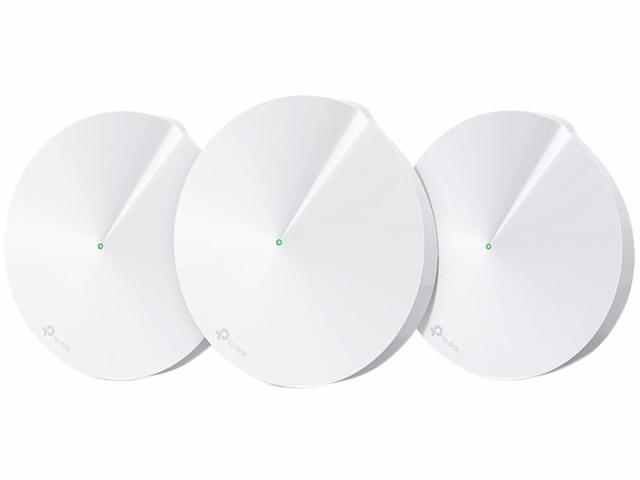 Personally, there are two features I love about this mesh router. The well-rounded security measures it presents keeps your phones, PCs, etc., safe while browsing and quarantines affected devices. Another is the capacity: a whopping 5,500 sq. Ft!

With a cylindrical shape and elegant design, the Deco Mesh Wi-Fi system connects over 100+ devices and provide seamless network use with one name and password from various ends of its extenders.

To set it up, you will need to download the follow-come app, but understanding how it works and setting it up is way easy anyone can do it. It works with home assistants like Alexa and has a solid three-year free anti-virus subscription.

It has a LED dot at the center which displays unique colors of red, orange, blue, and green. The red comes on when there is a problem, the blue and orange are indicators for the setup process, and the green means everything is all good.

Along with the LED are the Ethernet ports and USB type-c ports for charging. With this one, you can Pause the Wi-Fi, prioritize a device, or even filter web contents.

I also have two things I love about this mesh system. One, its refinement and simplicity transcend looks to setup and operation. And to top that, it also provides full coverage for over 4,500 s1. Ft!

With three identical, simple, and cylindrical Wi-Fi unit, each one could serve as the router with others as the extensions. There is a white LED band at the horizontal center of each station followed by the ethernet ports, wireless provision, and type-c ports for charging to the side.

The led displays amber, blue, red, and green. Red signifies a problem; orange, no signal; blue, returning to factory default; and green, everything is good. Setting up this mesh system is like a breeze, but you will need to install the accompanying app from your store.

The refined and simplistic design, just like the Deco Mesh allows you to showcase it as part of your home décor happily. What you can control on this Wi-Fi system is lesser, like you can’t band switch on your terms.

The system does it on its own. But you can still pause the Wi-Fi, filter contents your kid’s access, and prioritize a device. Just like the Deco M5 it also works with Amazon Alexa, so voice command is a go!

Comparison Between the TP-Link Deco M5 and Google WiFi

While there are many cool similarities between the two mesh WiFi system, there are distinctive features in performance and build that makes the Deco M5 the best for some and the Google WiFi the preferred for others. Let’s get down to that.

To determine which one outdid the other, a practical experiment had to be conducted. You should experience a similar result when you use the 5GHz radio band.

For the third units after being connected, the average speed for the Deco M5 at five was 234 Mbps and 89 Mbps at 30 ft. for the Google Wi-Fi, the result was 210 Mbps and 95 Mbps for each.

First, both mesh network systems are dual-band system, which means they could do well with a fourth node without significantly weighing down the network, but that doesn’t mean you won’t notice the slight drop in performance.

The best way to go would have been a tri-band system. Second, both employed the same switching technology, the Adaptive Routing Technology which automatically detects the fastest and closest node to connect to seamlessly.

For the Google WiFi here are its arsenals: guest and family WiFi, DHCP IP reservations, Priority Device, UPnP, and IPv6 support. However, it doesn’t have the VPN pass-through. Clearly, M5 Deco comes really prepared for the battle in this area.

Despite Deco M5 being an AC1300 router and Google WiFi being an AC1200, both have similar components for the most part. Both support a quad-core Qualcomm chip of 638MHz for Deco and 717 MHz for Google.

As mentioned above the designs are simple, exotic, and friendly for both devices. When it comes to their connection features, for Google WiFi, you can find all you need at the bottom, followed by a reset button at a point within the led band. For the TP-Link WiFi, you can get all you need at the rear and bottom. That includes the reset button as well.

Now, to set up these devices, you need to install the app that accompanies it for your iPhone or Android from the store. Getting it to work is a breeze. The interfaces are great, and the steps are easy.

For the Google app, anyone who can read and follow instructions would have their device running in no time. It is pretty much the same for the Deco M5.

Despite this huge cut, both mesh setups do pretty great in performance, coverage, and speed. However, the Deco M5 is way affordable that the Google WiFi.

Both Mesh Networks have unique and enticing features to hook customers. When it comes to the hardware configuration, the Google Wi-Fi seems to be leading with slight points.

However, for those that want more control and features, the Deco M5 surpasses Google WiFi. Both are cheaper than other rivals, but again, the Deco M5 is cheaper. Though the cut-out isn’t exactly a vent hole it does better to keep temperature, so, again, the Deco M5 leads in this regard.

At the end of the day, it depends on you. If you are in the bandwagon of peeps who need the perfect blend of simplicity, quality, and speed not minding the extra cost, then Google WiFi would wow you. However, if you want more in control, budget, and security, then you know who to call, TP-Link Deco M5!