As the need for homes to have multiple devices requiring strong, steady WiFi signals increases, more companies have emerged in order to satisfy this insatiable market. Netgear is a name that has been synonymous with verified technologies that not only address this need but addresses it comprehensively.

In 2013, this highly reputable company introduced the world’s fastest AC WiFi router dubbed the Netgear Nighthawk R7000.Netgear has since added a wide array of ultra-fast routers to the Nighthawk range in order to meet every type of home networking need. These additions include the x4s (R7800), x6 (R7800), x8 (R8500) and the x10 (R9000).

Some of these routers are much more powerful compared to the original. To make it easier for you to fathom these routers specifications and what makes them an ideal option for every modern home, you need to take a look at our comprehensive review that compares the Netgear Nighthawk routers. Take a look!

Netgear has launched a number of routers, most of which exhibit high-performance potential with some proving to be superior to the others. The immediate question is, which among them come with features that make them superior? Well, here are the reviews for 5 Netgear routers, which detail their major specifications: 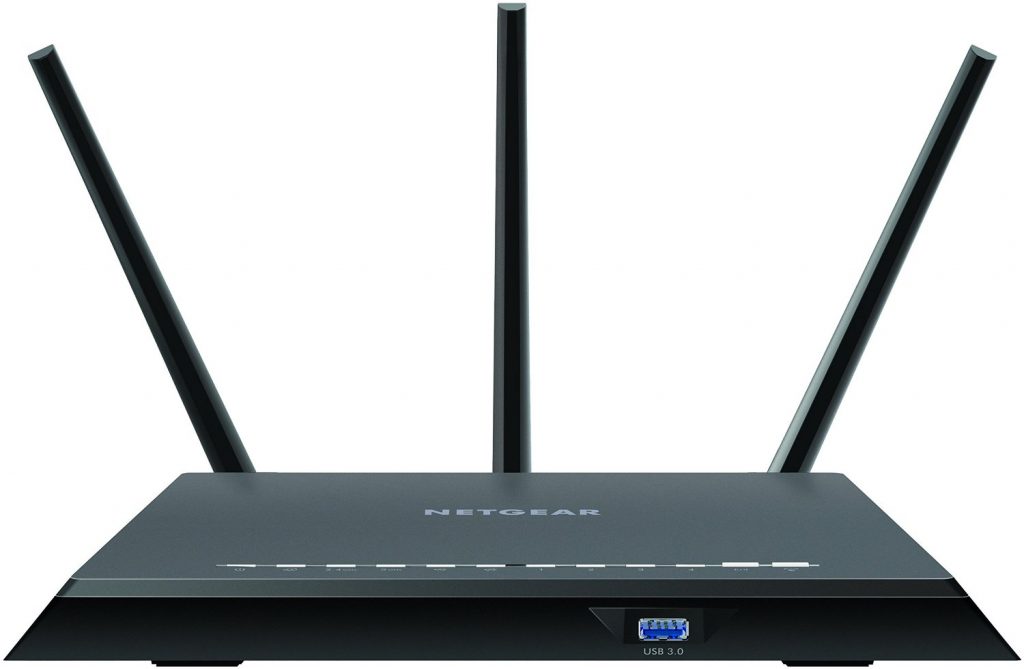 The Netgear Nighthawk R7000 has WiFi speeds of up to 1900mbps, and it features a 1GHz dual-core processor that enhances its performance. It also comes with high-powered amplifiers, 3 external antennas, with improved range and reliability for up to 100 percent more wireless coverage. The router is also gigabit wired, making it highly ideal for HD video and gaming.

Some of the R7000 advantages include ease of installation and use, highly accessible through easy push buttons, and availability of the Netgear Genie App that enables you to monitor, control and repair your home network. Security features have also been incorporated such as parental controls, guest network access, open source support and personal FTP support. The only major complaint about this router is that it intermittently loses connectivity to wireless printers.

You can rely on this router’s high speeds, performance, and reliable connectivity. It has WiFi speeds of up to 2.53Gbps and features a potent 1.7GHz dual-core processor, as well as a dynamic QoS for flawless and jitter-free gaming. It’s a router with 160MHz, MU-MIMO, and also features the quad-stream-technology that delivers WiFi to several devices concurrently for higher speeds.

The X4 also comes with gigabit Ethernet ports that ensure improved wired performance. With this router, you get superior hardware for the best performance, double bandwidth to connected mobile gadgets, as well as ultimate range as you can reach every corner of your house as 4 high-performance external antennas and Beamforming+ technology have been incorporated. 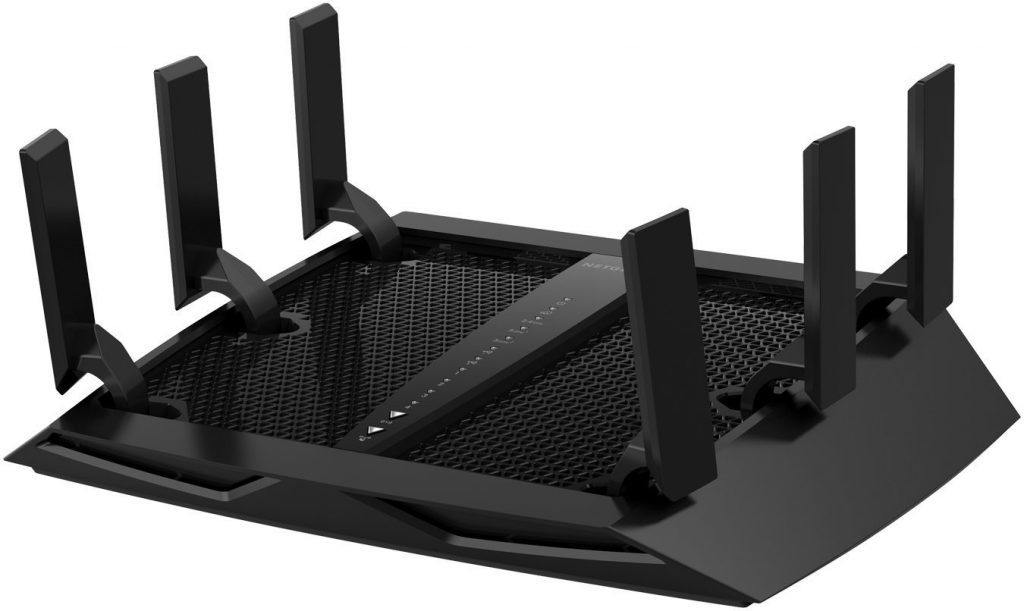 For those homes with multiple WiFi devices, this router delivers multiple bands with its breakthrough Tri-band WiFi. It has high speeds of up to 3.2Gbps with a 1GHz dual-core processor and features 6 high-performance antennas that offer utmost speed and range.

The X6 also has explicit and implicit beamforming+ focuses WiFi signals, conveying stronger connections for all the available mobile devices. It also spots a USB 3.0 port that delivers speedy storage access. What’s more is that it comes in a convenient design that delivers high scalability, availability and utmost flexibility as well as performance/price. 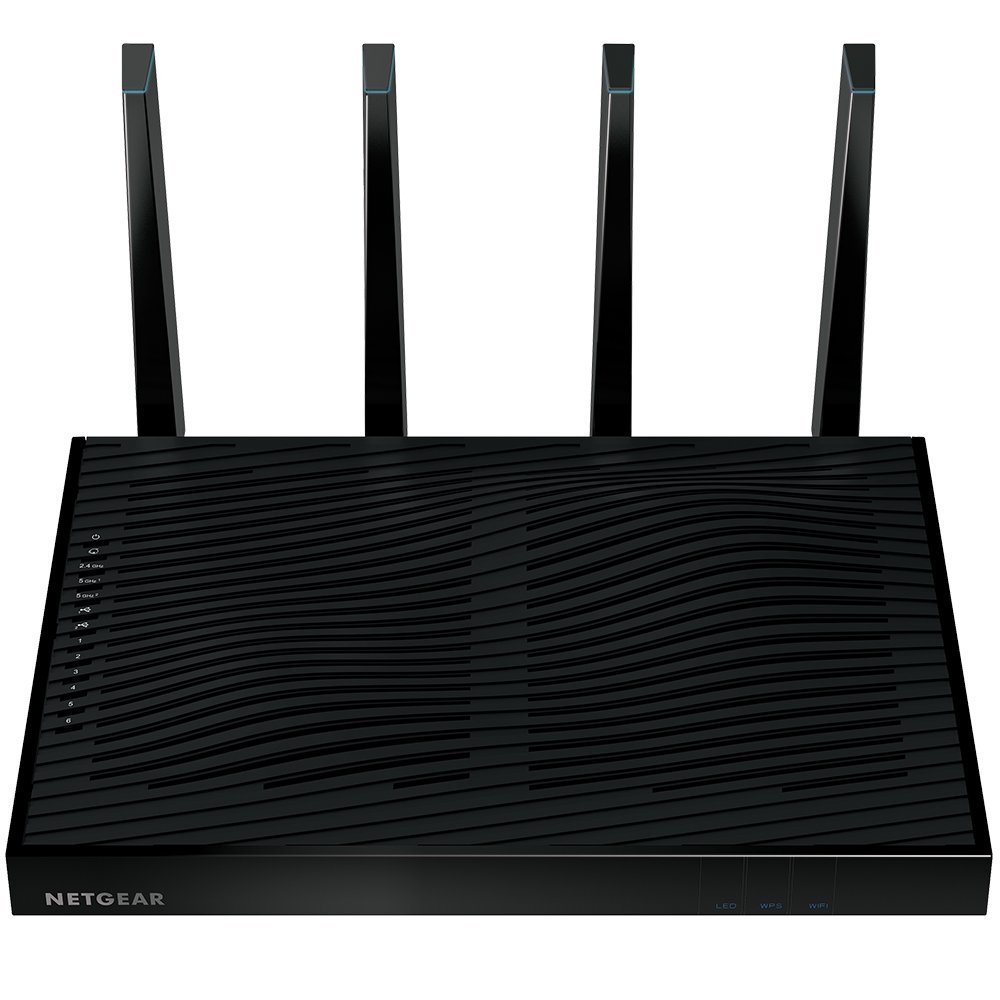 With this router, you get up to combined speeds of up to 5.3Gbps. It comes with a powerful 1.4GHz dual-core processor that delivers high-performance networking engine for speedy connections. This router’s multi-band WiFi delivers a lot more WiFi to numerous devices, with the quad-stream delivering up to 4 data streams per WiFi band.

The X8 router also comes with a total of 4 internal antennas that amplify and maximize range. The incorporation of MU-MIMO into the router ensures that you get to enjoy simultaneous streaming to multiple devices for speeds up to four times faster compared to traditional WiFi. What’s more is that it comes with a total of 6 Gigabit Ethernet LAN ports that enable you to connect a lot more wired devices. 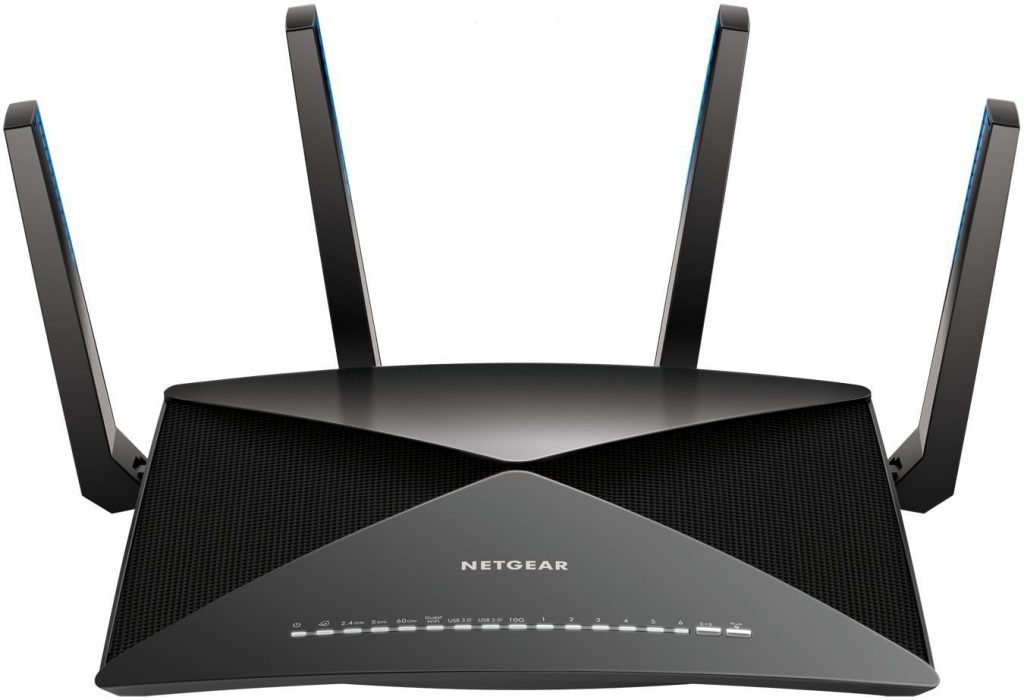 This router presents fastest WiFi technology for media streaming in the industry. It delivers 802.11ac/ad WiFi for instant downloads, ultra-smooth 4K streaming, surfing and VR gaming. It has a powerful 1.7GHx quad-core processor and features a quad-stream architecture that enables users to enjoy combined wireless speeds of up to 7.2Gbps.

To maximize range and throughput, there is 4 patent-pending external active antennas amplify WiFi signals. The connectivity of this router with the Plex Media Server allows you to serve all your media including movies, TV shows, music and photos without necessarily needing your computer.

From the above comparisons, it is evident that the x10 is a more superior router, with high WiFi speeds, superior processor, as well as a host of other effective and convenient features. While the R7000 seems to be inferior compared to the rest of the Netgear routers, it still has some pretty decent WiFi speeds.