With X10 AD7200, Get Ready! For an Ultimate VR Gaming and 4k Streaming 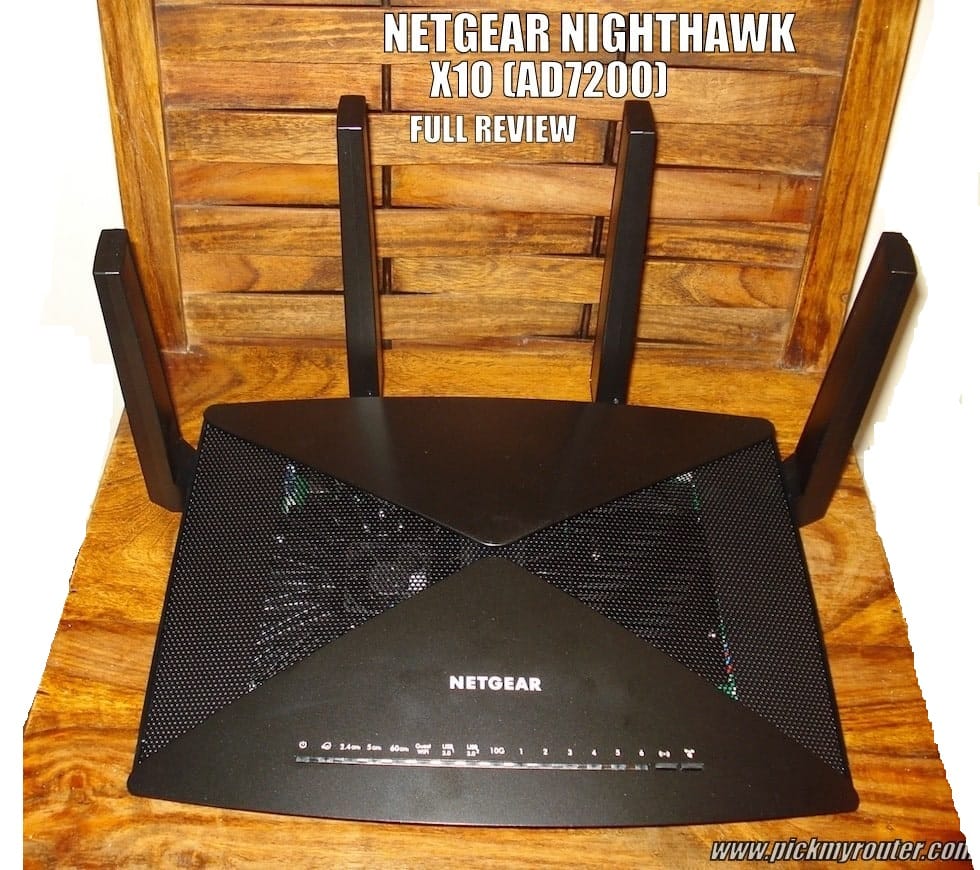 Netgear’s words “Netgear X10 AD7200 is the world’s fastest router with the capability of AD standard.” Anyways, whatever company claims or advertise that doesn’t matter until the reality on the right track.

It is an AD standard router or WIFI 6 compatible, in a modern way as IEEE has changed previous names into new names as AD- WIFi6, AC-WiFi5, and N- WIFi4.

It is a bit expensive, but it is a feature-packed router and offering lots of advanced features, so it is worth the money. If you want to use its 60 GHz channel, make sure you have AD standard supported devices like newly launched mobile Samsung galaxy s10.

Some Important Features and technologies:

It has the latest and powerful 1.7Ghz Quad-core processor, which is enough for 4K streaming, surfing, or HD VR gaming. It has MU-MIMO technology, which supports simultaneous streaming.

The Single SSID is useful when it comes to connecting multiple devices at the same time. It allows you to control the bandwidth for each connected device as you can prioritize them as per your requirements.

It can easily set up the X10. It also lets us manage internet access by resuming and pausing the internet instantly. It also has a feature for speed test. Management becomes quite handy with this nighthawk app. However, I don’t like the web interface because of being quite busy.

Netgear x10 is the third AD standard router which I tested. I’ve also used Tp-Link Talon which was launched earlier.

802.11ad can operate on the 60Ghz frequency band. However, you need a device that supports ad standard as well. Like I said earlier, standard ad range is not that good; it can only reach up to 15 to 20 feet.

So if you are in the range, then this standard will impress you with its ultrafast WiFi speed. In X10 case, you can get speeds up to 4.6Gbps whereas 802.11ac support max speeds up to 1.7Mbps.

To be honest, I didn’t like its web-interface because of being sluggish. It takes too much time to respond while moving from one section to another. As I said, It has three bands ( 2.4Ghz, 5GHz, and 60Ghz ).

These bands can be set to specific speeds. I don’t think it makes any sense. One more thing which I didn’t like about this router is, you can’t change other network settings.

At the bottom of the interface, you might see an option called “Plex Media server.” Basically, it is a feature for the Plex server. The plex server works like a NAS server.

However, it is not that fast and powerful. In order to use it, you have to plug in a hard drive to the USB 3.0 port (X10 has two USB 3.0 ports). Then, you are free to stream stored content to Plex clients.

The main competitor of X10 is Tp-Link Talon. Having tested and reviewed all these three units, I found that Tp-Link Talon was a bit easy to use and obtained a better score. However, X10 tied the Asus RT-AC88U.

Netgear X10 is a great router. It is a complete package. We can’t doubt about the performance, range, and features this router comes with. However, As you know that money always means a lot to everyone.

If someone spends such amount of money for a router, then what’s wrong with buying a Mesh WiFi system like Google WiFi, Netgear Orbi, EERO and many more. They all provide great features and performance.

On the other hand, if you don’t have a large house or dead network zones. Then, Netgear x10 would be an excellent choice for you. It will take care of everything.