The Linksys Velop dual-band mesh WiFi System is a budget-friendly router? Let’s see how Velop will keep up with the performance and features of its rivals. 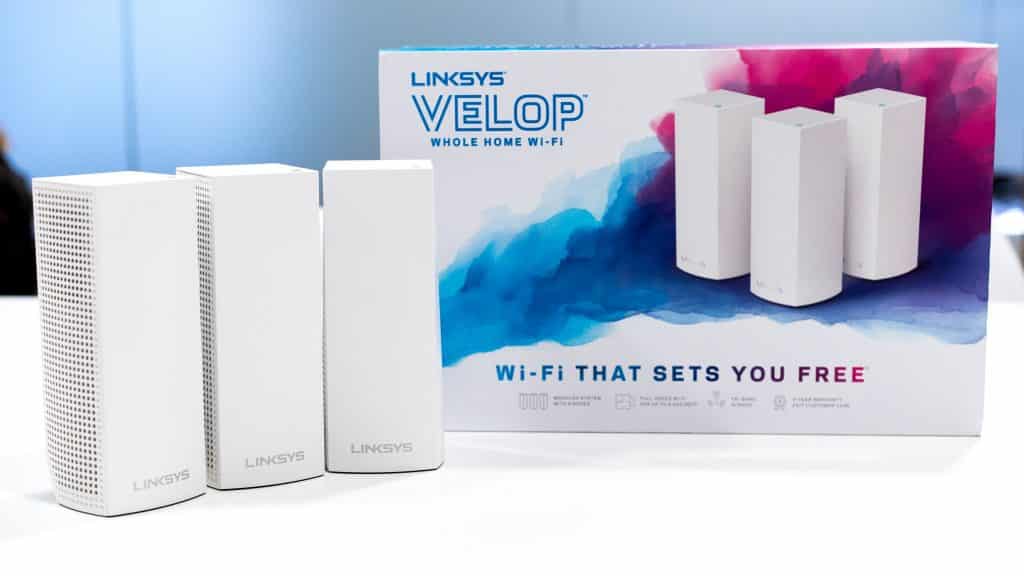 Linksys Velop is a dual-band home WiFi system, just like EERO and Netgear ORBI. A set of 3 pack, and offers a lot of great and useful features.

As you already know, one unit or base unit of the mesh-routers works as a router and the rest units work together to extend the range like an extender.

The Volpe is a powerful WiFi system, and somewhat affordable. Its set up quite the same if compared to other Mesh WiFi routers. You get excellent coverage.

However, it doesn’t have security features, which is necessary. In other words, Lack of advanced security feature is a drawback of this WiFI system. Other than that, it is good.

What you see inside the box:

When you unbox it, you will find three devices sitting next to each other. on the left you’ll see a quick start guide with an Ethernet cable, and of course three power adapters, and warranty card.

The base unit and nodes are well-designed with a white matte plastic finish. I liked its design if compared to Amplify. On the other hand, it is not providing such features which its competitor are offering at this price range. It is excel in design but not in features.

Velop works on 716Mhz quad-core processor. It has 4 Gb of flash memory with 512Gb of RAM. It also supports MU-MIMO and Beamforming technology for better range and coverage.

Still, It is an expensive home WiFi system or networking equipment I’ve tested. However, there are some other more expensive mesh networking routers are available on the market these days.

I reviewed EERO, Google WiFi, Netgear Orbi and AmpliFi, one thing was in all was they could be customized easily, but Velop is not that customizable at all.

Last year, I wanted to change the system’s IP range, but I couldn’t do that due to the fact I mentioned.

If we talk about Velop’s features – the bandwidth prioritization and parental controls – these two features are important and used frequently.

However, I didn’t get impressed with them too. You can’t block a group of devices, nor schedule them.

I am not saying Velop is not a good mesh WiFI router, but when I compare it with others, then it doesn’t seem to be that good.

Each unit of Velop is a tri-band (2×2) dual-stream router with two 5Ghz bands and supports MU-MIMO technology. Unlike Google WiFi, it has one dedicated 5GHz band for back-haul. It means there will be no issues like a signal loss, reconnecting, etc.

With the shield, It protects us from online security risks. Using the parental control feature, we can filter the content for our family and children’s devices. It also allows us to pause the internet at any time on specific devices.

Other units work as an extender and extend your Wi-FI coverage, provided you to put them in the right place.

Suppose you have a big house, then you have to make sure that the other two units should be one or two rooms away from the main base unit.

However, its app has a function which helps to determine the optimal distance between them.

The Velop smart app makes the setup process quite simple. However, you can’t set up Velop using your PC as there is no web interface.

Therefore, you have to download the Linksys app from the play store or app store. After that, you just need to follow the instructions.

Conclusion: Should you buy?

The Velop WiFi system is powerful, but some advanced features are missing. If I compared with 1st generation EERO and Google WiFI, it could easily beat them. However, Netgear Orbi can give you more features and better performance than the Velop at a low price ($400).

Still, Velop is quite popular among other WiFI systems. If range and coverage are concerned, Velop would a good option for you.

Belkin also announced that they are working on it and improving its performance via firmware update over time.