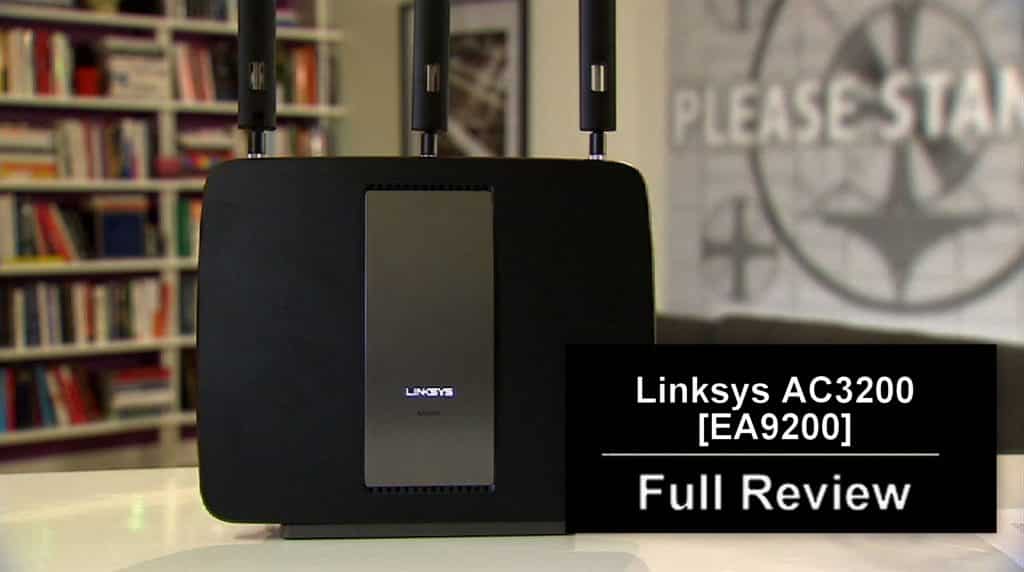 The Linksys AC3200 Wi-Fi Router is one of the most elite routers manufactured by Linksys which is a leading Networking Solutions Company based in America.

The router comes with plenty of features including a Smart Wi-Fi App which enables the users to completely control their home network from literally anywhere.

Linksys has taken special care to make this device truly efficient in terms of speed, performance and build quality since the EA9200 comes in their elite range of routers.

What’s inside the box: It contains the following: 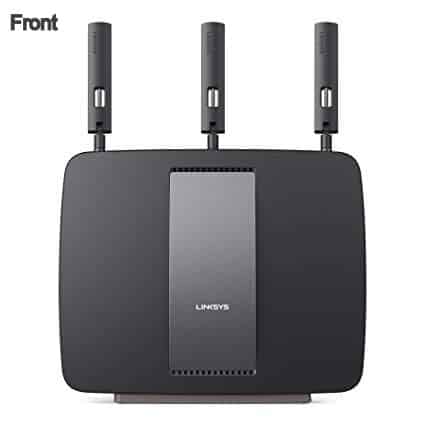 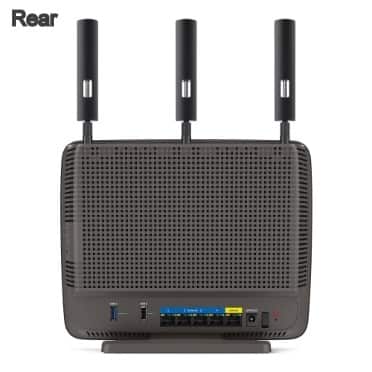 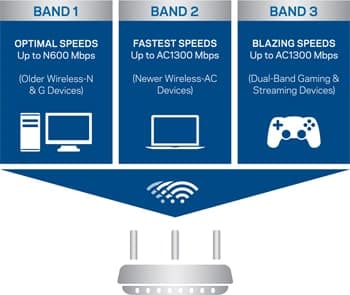 This top end Linksys Tri-band router works on one 2.4 GHz band and two 5 GHz bands, the total speed of all three bands together comes up to 3.2 Gbps which is quite impressive.

However, users will only be able to experience these staggering speeds over the LAN network, because the speed of the internet is limited by the service providers and the modem devices too.

As far as range is concerned, the router managed to deliver a sustained speed of around 600 Mbps at a short range of 15 feet and the speed reduced to 243 Mbps when tested at 100 feet.

This Router has four Ethernet LAN ports to share the internet to devices that do not support wireless technology, it also supports the network accessed storage functions with its two USB ports.

When tested the 3.0 USB port delivered a read and write speed of 30 Mbps which is average compared to some of the other elite routers in its range.

The Linksys Tri-Band Router comes with two USB ports out of which one is a 3.0 port and the other is a 2.0 port, it supports sharing media device like hard drives to share the data over the network without the need of a dedicated server.

The sharing speeds are quite impressive and support flawless HD streaming over the home network, however, the hard drive cannot be used to create backups using the time machine software for MAC devices.

The Setup is made very easy with the Linksys Smart Wi-Fi Software, the user just needs to connect the router to the computer and launch the software. The software then guides the user through a quick hassle free setup, even after the setup is done the software can help in monitoring and troubleshooting too.

The Security options provided with the router include network maps to check all the connected device and stop any unauthorized access, parental controls to filter your child’s internet usage and also the latest wireless security encryption technology like WPA and WPA2.

Check the Availability on Amazon

One of the latest technology that ensures consistent connectivity by eliminating the possibilities of interference and congestion, the Linksys AC3200 is designed to beam the wireless signal in the direction of the connected device with its three high-quality antennas.

Beamforming technology significantly improves the quality of the connection with this signal processing technique.

This router has been made compatible with Linksys’s Smart Wi-Fi Software, it provides the users with a comprehensive set of tools to set up and manages the home network with ease.

These tools can also be accessed from any mobile device by downloading the Linksys Smart Wi-Fi App to a smartphone, it gives the users some options to monitor the connected device and prioritize the bandwidth according to their preferences. for download this app official site

This Linksys Tri-Band router is an ideal choice for people who most need a faster throughput to support their streaming and Online Gaming needs, being a tri-band router it keeps the devices performing well and without any congestion and by automatically assigning client devices to the most appropriate frequency band for optimum performance. It comes in a little expensive than its competitors but is completely worth it since Linksys is a trustworthy brand that provides good support too, we would recommend buying this router to anyone who needs a faster performance and is not running on a tight budget.