Is google wifi worth it? It is really a good replacement of a router? Does it cover your whole apartment?

Maybe you know but just want to remind you that Google launched its first mesh network named “Google Wifi.” 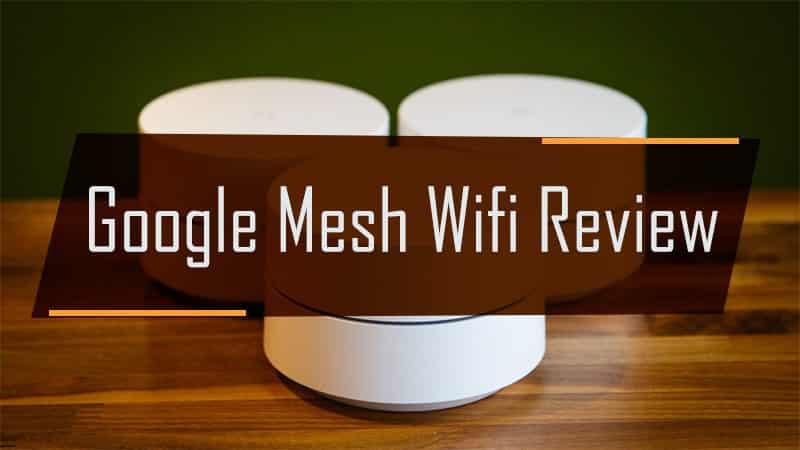 Before you go through this article, one thing needs to be cleared here that google wifi is not a router but a mesh wifi router. In other words, It had better say “home wifi system.”

Then, What is the Mesh WiFi router? Mesh means – a set of finite elements. Right? As google wifi is set of 3 routers, unlike old routers. Moreover, we call these types of routers a mesh wifi router, and the network they create called mesh wifi network, which can cover a larger area of our homes. So, We don’t have to use any repeater or extender. Basically, The mesh network is a great option to replace your wireless router and extender.

Note: If your house or apartment is not that big, then you may purchase a single unit of “google Wifi.”

Whereas, Eero was the world’s first home wifi system. I also created separated pages on these rivals, so if you’re interested in reading, then go and check them too.

Well, My verdict on google wifi:

I would say Google’s wifi router is far better than others. It is very powerful and reliable, even looks pretty good. Yet, I am not saying this is the world’s most powerful router, though.

However, we can expect it with an upcoming Google wifi 2 or 2nd generation router, although Google didn’t announce anything about it at the recent hardware launch event which was held on 9th October 2018. If you are interested in, then watch this quick recap video on youtube.

Now time to dive in its features and specifications:

One question arises here. Which is:

Q. How many units do I need?

Solution: As Google promised us; its one unit can cover 1500 Sq.feet, right?

– Advanced software is to manage the network and automatically selects the fastest band as per our devices.

It is useful when we want to share a password with our guests or neighbors. Also, let us know about connected devices or gadgets.

We have full control over the WiFi, It means we can manage our kids’ or guests’ WiFi.

It can work on both frequencies (2.4GHz / 5GHz). Even you don’t need to change frequency manually since it can automatically switch between and optimize connection experience.

How fast is google wifi?

Google Wifi and OnHub both use Network Assist technology which gives you super fast internet speed as it avoids wi-fi congestion and let devices to connect to the closest wifi point. They work together and provide a strong network.

Tip: For better performance or full speed, you have to make sure that your connected devices support both 2.4 GHz and 5 GHz bands; otherwise, you’ll get around 1/2 times of actual speed. (it happened in my case).

It is a dual-band router, and its every point can cover up to 1500 Sq ft. So, you can add another point to it and easily expand its range accordingly. It is AC (AC1200 2X2 Wave) standard compatible and supports IEEE 802.11a/b/g/n/ac.

Its design is quite impressive and attractive as it comes in a white color. On the back side of each point has 2-gigabit ethernet ports, one of which is for connecting the modem. Both the other points can act as LAN ports on additional points. All units use the latest USB-C type.

Note: Google wifi is not a modem, you have to buy a separate modem or a cable modem router combo.

If you are having a problem in setting it up, then please check this article which I’ve written on its setup.

Router’s setup is straightforward and effortless, it took me only 2 minutes., even though you are tech savvy. Indeed. It is pretty quick because of its well-designed Google Wifi app.

As advertised, Google Wifi is compatible with Google Onhub. You can easily set up the mesh network with Onhub. You just need to setup OnHub first, then add each wifi points to it. That’s all.

Note: Don’t buy Google wifi from other countries, make sure you buy it from the same country where you’ll be using it, otherwise, Google will not be able to offer you support. Even your device might be having some internet related issues.

If you’re from the UK, then it’s going to be bad news for you because in the UK it comes with only 2 units. Whereas, In Australia, only 1 unit is available and perhaps you have to pay more than $50 for a single unit if compared to the USA.

So, The UK and Australian users can buy other mesh networks like Netgear Orbi, or Eero.

I’ve also compared them with each other, take a look at:

Recently, Cnet reviewed of google wifi which shows us that it can work as a bridge or a gateway. Although, I haven’t used it either as a bridge or gateway directly to my modem.

Then, how to use bridge mode; before this, you should know why we use it? Here are the advantages of a bridge mode.

To use as a bridge, you need 2 routers. It’s a long topic. I’m not getting into details.

You need the bridge mode only in the case of Double NAT. If you don’t know about what is double NAT, go through this article

Being the first generation, Google wifi is not that fast if compared to its competitor. Yet, performance is still on top of the line. When you use its wifi app, you might see an option which allows you to share the wifi password, then you will be able to find which devices are offline or online, and you can prioritize them for better performance.

As I mentioned above, it works perfectly with both bands either 2.4Ghz or 5Ghz, and automatically switch between them which depends on a connected device. Whereas, Netgear’s Orbi, a tri-band router, which communicates over 5Ghz.

However, when I compare both Google wifi and Orbi over the same 2.4Ghz band, surprisingly, I found Orbi a bit faster than google wifi. Not a big difference but Orbi was slightly faster.

Still, Google wifi’s performance at this price is best. Below, you will see an example of network speed test.

I have tried so many home wifi systems where google wifi is surprisingly easy to set up; hardly it takes 2 minutes. The second thing is its price, It is cheaper than its competitor, yet provides excellent performance. The third and the most important thing I like about Google wifi is its app. You have full control over devices which are connected to the network via this app.

Google’s tech support has been huge plus always. You don’t need to call them up, just comment on its quality of service (QoS).

It is secured as it uses a Google account. So, I’d definitely recommend this unit to someone who is looking for a home wifi system.