It’s time to upgrade! Here is the EERO home wifi system which will replace your wireless router, wifi extender, and even access point

Home networking revolution is EERO, you might don’t know that EERO was the only company which introduced the mesh networking, and launched the first home wifi system. In 2017, the company came up with its 2nd generation wifi system, which is faster and more secure. 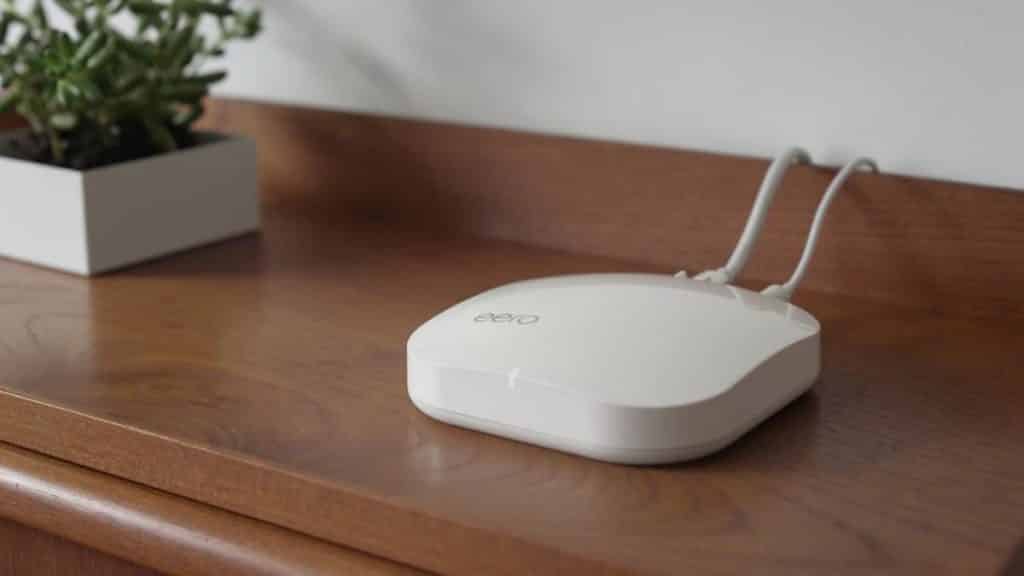 Now the mesh networking has been widely accepted by giants including Google, Samsung, and many more. Other big companies like Netgear, Tp-Link, Linksys, Luma, Plume, etc, are also in the same queue.

Let’s take a look at some Pros and Cons of EERO:

Overall best home wifi system, it is reliable and secure, have an attractive minimal design. Easy to set up and the Ethernet backhaul, customer services which are fantastic by the EERO.

EERO is a package of 3 units, all the three units look same or identical with each other. It has dual internal antennas. These units come in white color and curved design which make them premium like google

It also features a USB 2.0, WAN and a LAN port, and a power adapter. Just, connect your modem in any port whether it is a WAN or a LAN port, and it’ll take care of its own afterward.

It has an LED light, unlike other wireless routers as we can see most routers come with some status lights including power, internet, wifi. wps, and Ports (LAN, WAN, USB), etc. But, EERO has only one single LED light which is all-in-one, meaning if it flashes a white color which refers to starting up.

Its solid white LED status refers to “internet connected.” The solid blue shows us that its “app is connected and ready to set up.” Moreover, you can use EERO units as an access point, a wifi extender, or a router; it is all up to you how you use them.

Its setup is done via the app which is available on various platforms including Google’s play store, Apple’s app store, and some other. You just need to download it and run on your mobile phone.

Note: You are not allowed to set up EERO wifi system via any browser or computer, though.

However, I  compared it with Orbi and found that Orbi setup was a bit faster. Its setup is very straight-forward and quite simple as its app is well designed and capable of doing everything for you, meaning using the app, you’ll have full control over the network.

After installing the app, you will be asked for EERO account which you create by inserting your email ID and Mobile number. I don’t know why they ask for our number? It is unknown to me.

Afterwards, you already know about those other options where we have to create a unique name and password and so on. If you want to go deeper, read Complete setup guide here.

The backhaul is the process of connecting satellites; it can be connected wirelessly or via ethernet wire. Whereas, Eero lets you connect your satellite to your router via hardwire ethernet cable. Although The Ethernet wired backhaul is considered better than wireless.

EERO is a dual-band router and works on both frequency 2.4GHz and 5 GHz. However, you can not separate them as it is an automatic process which is done by on its own. Its mesh wifi system is for connecting each node with other nodes and your devices, which ensures the fastest speeds possible around by choosing the best path of the connection.

EERO’s app is quite simple and also well designed. It is responsive, easy to use. Customization is also possible. Being away from your home, still, you have control over the network, it lets you know all connected devices, bandwidth speed, and many more.

It depends on your internet connection if you have a gigabit fiber connection, then speeds will be good. Its speeds may vary as they depend on the where you’re located. The closer you are, the faster speeds you get.

It is a kind of new feature which is being offered by the company itself, which costs around $99 per year. It is not a necessary feature that you have to buy, this an optional.

EERO plus feature is for those who want to expand the capability of the network. One of its features is advanced security which stops you accessing malicious websites or harmful websites, even fake services, etc. Its new beta version has added “ad blocking feature” You can read here more about EERO plus.

Eero wifi system uses a dual-core Qualcomm IPQ8062 chipset. It comes with 512MB of RAM. It works on both bands 2.4GHz and 5GHz. Moreover, it supports AC wifi standard and also compatible with all other old standards (802.11a/b/g/n). Its maximum combined speed is measured around 887 Mbps. It is also equipped with 4.0 wireless built-in Bluetooth.

The 2nd generation EERO is slightly faster and more easy to set up. The main difference between two is in its ethernet ports, 1st gen has six ports (2 x 3 unit) in total ( 2 ports each unit).

If you need a robust wired connection and you have more wired devices, then you can upgrade to 2nd generation as it is faster than 1st generation wifi system over the wired connection. You check other difference here on EERO’s official website.

The EERO is not a cheap home wifi system. It costs $399 for three units in one package. Whereas, Google WiFi costs $279 for a three-unit set. EERO covers up to 3,000 Sqf area of your home, where Google WiFi covers up to 4500 Sqf. However, EERO is a tri-band router, so it might be costly if compared to others.

Service support from EERO is quite good, not best. However, they are from the US. You can speak with them directly over the phone and 24/7 live chat support system also available, and even you can use their email support. They also follow up with calls and emails to check whether your problem is resolved or not.

I ended up with this wifi system as it has all the basic to advanced features which generally we look for in a good router. Although, it is expensive if compared to Orbi, Google WiFi or others.

At this price range, EERO does not provide any special features that others don’t. I am afraid of recommending this to you because despite being tri-band, it doesn’t offer that much performance which we expect. At this price range we other options like Orbi, Google Wif, Velop, etc.