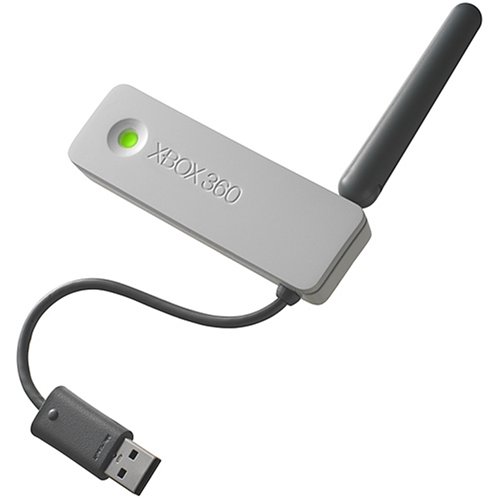 Only a few types of WiFi Wireless Adapters functions with video game consoles. These Xbox 360 Wireless Network Adapters lets you seamlessly connect a console to a cordless home network for reliable online gaming. A very short cable connects these wireless adapters to a console, which enables seamless wireless connections to home or small office routers. 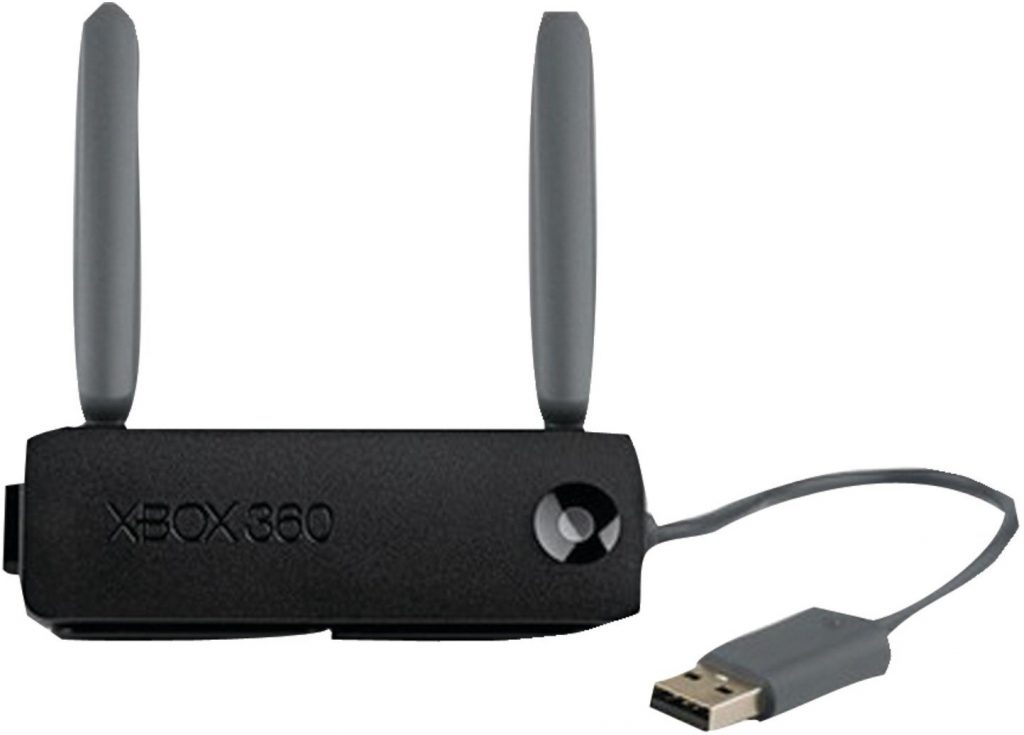 With improved range, wireless security features, and speed the Xbox 360 Wireless Network Adapter is your quickest connection to Xbox LIVE. Simply stream or download TV episodes, games, and HD movies from Xbox LIVE Market in 5.1 surround sound and full 1080p from anywhere in your home.Xbox 360 Wireless Network Adapter N is incredibly simple to utilize. Just hook the adapter onto the back, and your Xbox takes over.

All you are needed to do is to enter your wifi password. The adapter gets the signal even if your wifi is incredibly far away from your Xbox.

With Xbox 360 Wireless Network Adapter N, you will enjoy seven times faster speed than ‘G’ adapters, and two times the range of ‘G’ adapters. This adapter is also compatible with 802.11a/b/g/n networks and fully supports WPA2 security protocol. So, if you are looking for a top-notch wireless network adapter, and you are on a tight budget, this adapter is surely your best bet!
Check It Out On Amazon

With the absence of cords which may tie you down, the Microsoft Xbox 360 Wireless a/b/g Network Adapter is your reliable connection to the fun and convenience of Xbox LIVE. Seamlessly stream or download game demos, game add-ons, HD movies, full TV episodes and much more.The dual band adapter provides excellent range and quick speed.This adapter also contains an extension cable for convenient off-board placement. With a high-performance and compact design, the adapter is perfect for multiple rooms, congested wireless environments, and larger homes.

Released in the year 2005, this old Microsoft adapter functions and installs similarly to the recent model. However, you need to note before purchasing it that it lacks 802.11n support. On the upper hand side, the unit supports WPA WiFi security. What’s more is that it’s cream-colored case matches well with that of the older 360 consoles. So if you are looking for high performance and a color that blends with the older 360 consoles, you’ll definitely add this network adapter to your cart.
Check It Out On Amazon 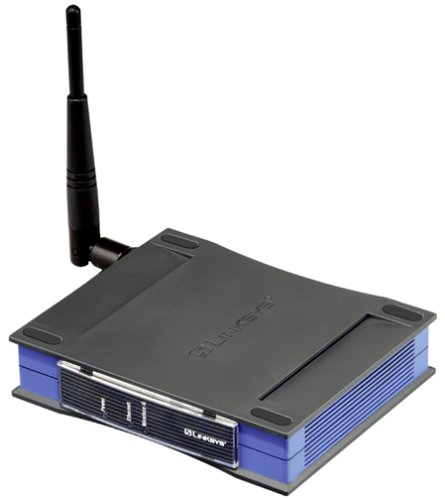 You can utilize the Bridge in your house to connect set-top boxes, computers, or game consoles, to the Wireless-G network and its shared ultra high-speed Internet connection.While in the office, convert your Ethernet-wired scanner, notebook, desktop, camera, and printer into a wirelessly networked gadget.

This network adapter is entirely driver-free, so it performs on all platforms and under all operating systems. Because, there are no drivers to load, setting it up is such a breeze.

With Microsoft Wireless-G Xbox Adapter, you get unparalleled freedom, flexibility, and speed. You can now add your Microsoft video game console to your ultra- high-speed wireless network thanks to the state-of-the-science 802.11g wireless. Just purchase it today and get to play Xbox on any television in your house, with the assurance of the globe-leading wireless security.
Check It Out On Amazon 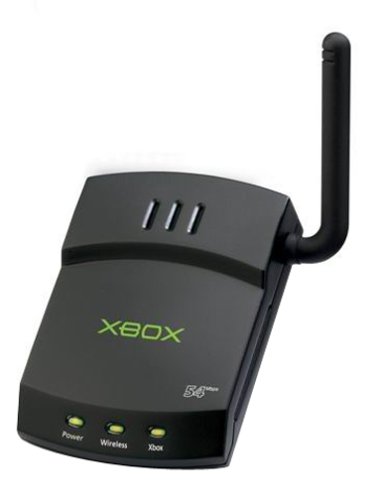 You can now add your Microsoft Xbox video game console to your ultra-high speed wireless network! Just play Xbox on any television in your house, with the ultimate assurance of the highest quality wireless security.

Enjoy breakthrough performance with unmatched freedom, flexibility, and speed with innovative 802.11g wireless.Enjoy the ability to share your broadband freely with the other personal computers in your small office or home. Lightning-quick 54 Mbps offers five times the speed of 802.11b networks.

It features External and Internal antennae to maximize throughput and range. You can also cordlessly play on the Xbox Live anywhere and with anyone.

With Cisco-Linksys Wet54g Wireless-G Ethernet Bridge, you can set up the network settings via your personal computer’s web browser, then simply plug it into your gadget and get going! It’s that simple! Physical installation is also simplified by the support for Power Over Ethernet. If you have an optional POE Adapter, you can also mount the Bridge wherever you want! Needless saying that this device is simply made for those guys who love simplicity.
Check It Out On Amazon 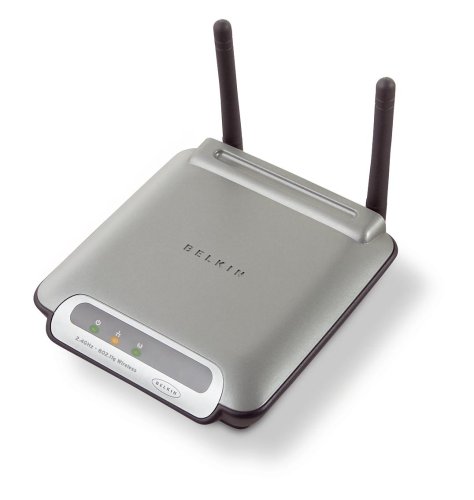 The Belkin F5D7330 Wireless Ethernet Adapter gives your Ethernet-equipped network device including a gaming console or a printer and computers with high-speed wireless networking capabilities.This Ethernet Adapter provides your Ethernet-supported network device with the wireless freedom to be placed particularly anywhere in your small office or home. It boasts innovative 802.11g technology which makes sharing broadband Internet connection quicker than ever.

This Wireless Ethernet Adapter utilizes the wireless 802.11g 2.4GHz standard to provide you with the broadest working range. The 802.11g wireless gaming adapter offers you networking speeds nearly five times quicker than 802.11b.

It is also backward-compatible with 802.11b networking standard, which lets you implement faster wireless technologies in combination with the existing 802.11b Wi-Fi networks.

Are you looking for simplicity, versatility, and convenience? This Wireless Ethernet Adapter configures on any Ethernet-equipped device or Ethernet-equipped network computer with the ease of Plug-and-Play state of the art technology. Just plug the end of an Ethernet Cable into an Ethernet Adapter and connect the next end to any Ethernet port and your network device or personal computer will have wireless functionalities.
Check It Out On Amazon