When it comes to gaming, then You can’t forget the Asus RT-88U router. It can take your gaming experience to the next level. But, Can it handle multiple devices? Let’s find out. 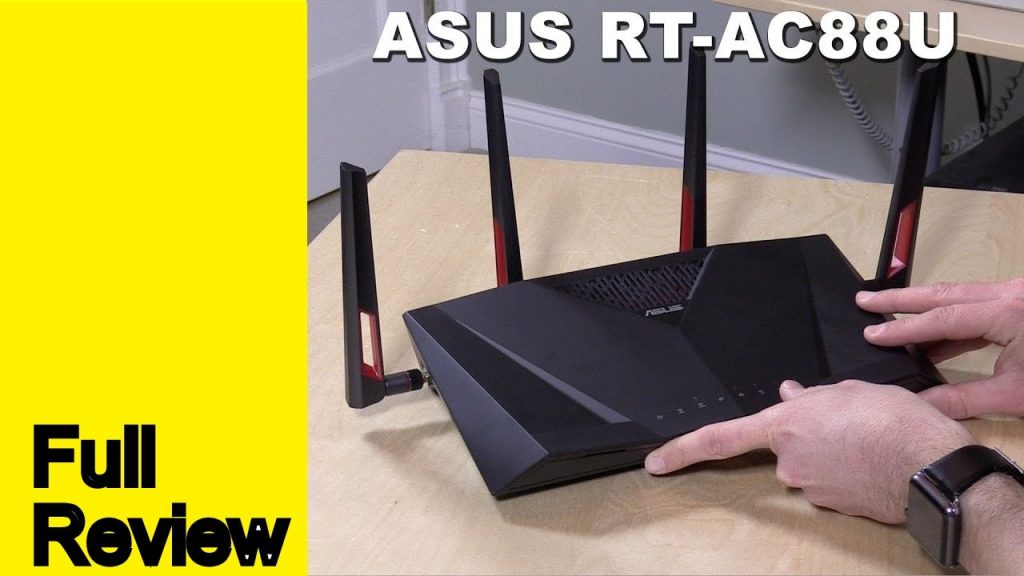 Asus RT-AC88U is an ultra-fast 802.11ac dual-band, which offers maximum WiFi speeds of up to 3167mbps using both bands (2167Mbps @ 5Ghz & 1000Mbps @ 2.4Ghz). It supports both MU-MIMO and Beamforming+ technologies with AiProtection network security.

The first time, Asus has introduced WTFast gaming accelerator chip with this router, which ensures faster WiFi network for gaming and 4k streaming.

The box is consist of 5 Items including:

Top View of the router: 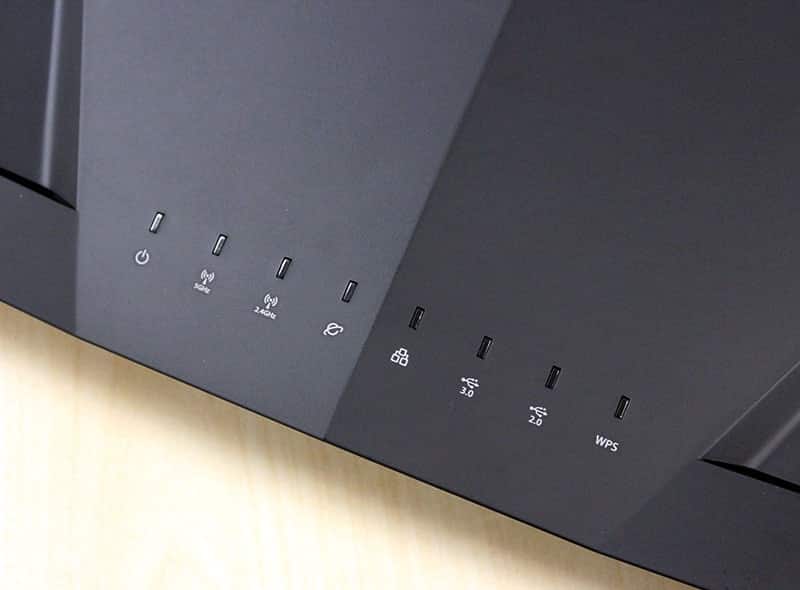 On the front side of the router, You will find USB 3.0 Port, where you connect your USB 3.0 supported devices. ( ex. printer, media storage, hard disks or flash drives, ETC.).

Unlike other routers, It also includes WiFi On/Off button. You can turn the WiFi On and Off using this button.

Now, the back panel of the router:

On the back, you will find some physical buttons and ports. (Left to right view)

It is equipped with a powerful dual-core 1.4Ghz processor. It ensures faster-wired connection and USB data transfer. Its data transfer speed is up to 100Mb/s, whereas WAN-LAN throughput up to 1800Mbps.

It supports AiRadar beamforming+ technology with four-transmit & four-receive antennas (4T4R). It improves WiFi range and stability of signals. While AiRadar focuses WiFi signal on our devices. It means, we get Faster, stronger, clearer WiFi on each connected device.

The RT-88u comes with a very innovative feature called Asus AiMesh. With the feature, our router would be able to cover every part of our home.

It lets you create a whole-home WiFi network by using multiple Asus routers. In other words, it is flexible, straightforward, and powerful for mixing other models of Asus in one.

The bandwidth management of the router is top-of-the-line. You can connect multiple devices without any WiFi bandwidth issues. It is a complete entertaining router; whether you play HD games or videos, it won’t disappoint you.

With Quality of Service (QoS), we can prioritize activities, bandwidth, and gaming packets. It also lets us assign full bandwidth to any specific devices (It is convenient when you play in gamer solo mode).

However, it doesn’t allow dynamic QoS. It supports all the gaming consoles such as PlayStation 3, PlayStation 4, WiFi U, Xbox One, and even 3Ds.

The RT-AC88u is MU-MIMO supported. It becomes very frustrating when our WiFi network goes slow down. It all happens because of multiple connected devices at the same time. 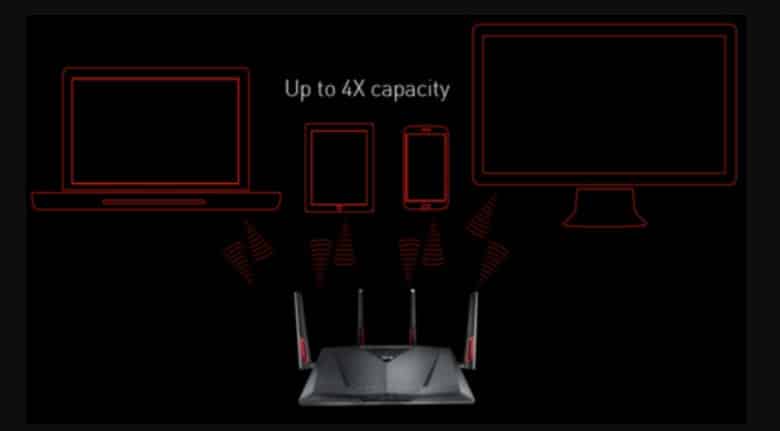 Asus introduced us a different version or next generation beamforming called AiRadar. So it becomes AiRadar beamforming, it focuses on WiFi signals to your connected devices.

In results, We get stronger, reliable, faster, and clearer WiFi with improved signal stability.

This NitroQAM(1024-QAM) technology can take your gaming experience to the next level. It works with MU-MIMO and delivers a maximum of combined WiFi speeds up to 3167Mbps.

When it comes to online gaming, security becomes very crucial. As you know, some heavy programs like anti-virus and 3rd party applications consume more CPU and Memory in order to protect your network.

It means, it slows down the router’s overall performance. Therefore, AiProtection allows you to turn off these applications while playing games.

This function allows parents to control and limit the time for their kid’s devices. Plus, you can block particular websites or other contents that you don’t want your kids’ access.

In other words, you can allow specific websites’ access to your kids such as Wikipedia, school website, and other useful websites.

Using this Guest network, you can create separate SSIDs or network. So you don’t have to provide your private network’s access to your guests and neighbors.

After comparing these routers, I found the RT-AC88U better when gaming is concerned. Plus, other routers don’t come with 8 Gigabit Ethernet ports except for the x10.

The Asus RT-88u is a perfect choice for gaming as Asus made this router keeping gamers in mind. However, the router is a bit pricey. I’ve tried some other gaming routers like Linksys WRT1900Acs, Netgear X10, etc.

After comparing, I would say the Asus RT-AC88U is far better than WRT 1900Acs, whereas the x10 was better in terms of performance and range, however, gaming with the router was not that as good as RT-AC88U.

If you are a gamer, then you should consider this RT-AC88U. However, overall performance is not that as good as we expect from an expensive router.