Is AmpliFi HD capable of eliminating dead spots? Or is a strong rival to Google Wifi, EERO, and Netgear Orbi? 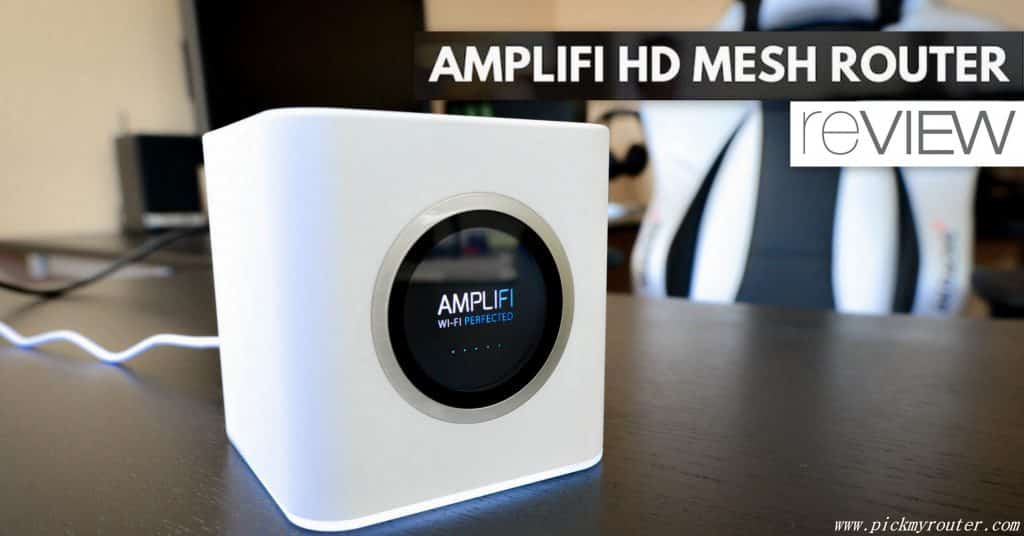 It seems that AmpliFi is a new product or a startup company. However, it is not. Ubiquiti is an old company which started in 2005, a well-known company for manufacturing wireless data communication products, Especially Wireless Access Points. So ubiquiti introduced “AmpliFi HD WI-FI Mesh Router” in late 2016.

The AmpliFi Hd is a Mesh Wi-Fi System with an 802.11Ac standard. Mesh WiFi routers’ race will never end as it is a future of the wireless network.

So Ubiquiti is also adding Amplifi Hd to the list of mesh WiFi routers such as Google WiFi, Netgear Orbi, EERO and many more. It’s a beautifully designed router with some advanced features. We’ll go through them one-by-one.

Pros and Cons of the AmpliFI HD WiFi System:

As I said earlier, it is designed beautifully. When you open the box, you will find a premium looking router in it. Somewhat quality makes us feel like an apple product.

The base unit of Amplifi has an LCD touchscreen display. It doesn’t look as big as looks in the pictures, meaning it can be fit in your palm comfortably.

On the back side, You can see sitting four Ethernet ports nearby WLAN port. These four Gigabit Ethernet ports allow you to connect four wired devices and the WLAN port for connecting your modem.

You also get a USB port which is useful while connecting printers and other storage devices over the network. And the last one, which is a USB-C type power port.

Other Mesh WiFi Systems such as Google WiFi, Orbi, EERO’s mesh units are quite small, but in Amplifi Hd’s case, you can see something like rotatable magnetic mechanism.

Both the mesh points can be plugged directly into a power socket, and the other part of them can be attached to the main body as you see in the following image. 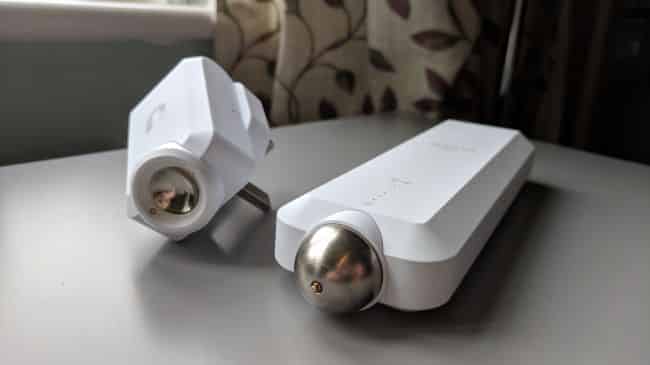 Thus you can angle it and improve your WiFi coverage. This sets the Amplifi apart from others. Overall, its design is elegant and impressive but could be improved. 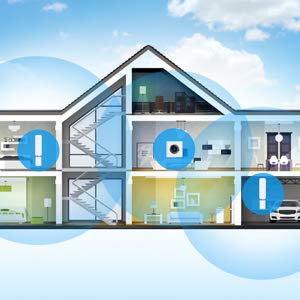 The Amplifi HD works on Qualcomm Atheros QCA956X SOC chipset, and it has 128MB RAM with 256MB of flash memory.

Unfortunately, The USB port which comes with it doesn’t support any storage devices externally.

All three units of AmpliFi have internal antennas for optimizing the signal.

Beamforming technology of the Amplifi has the ability to transmit a signal to connected devices directly, therefore improves performance. However, It doesn’t support MU-MIMO, efficient network management.

Theoretically, Its speeds may vary on used radio bands. It can reach up to 450Mbps using 2.4Ghz and up to 1300Mbps using 5Ghz. In total, it has a throughput of 1750Mbps. 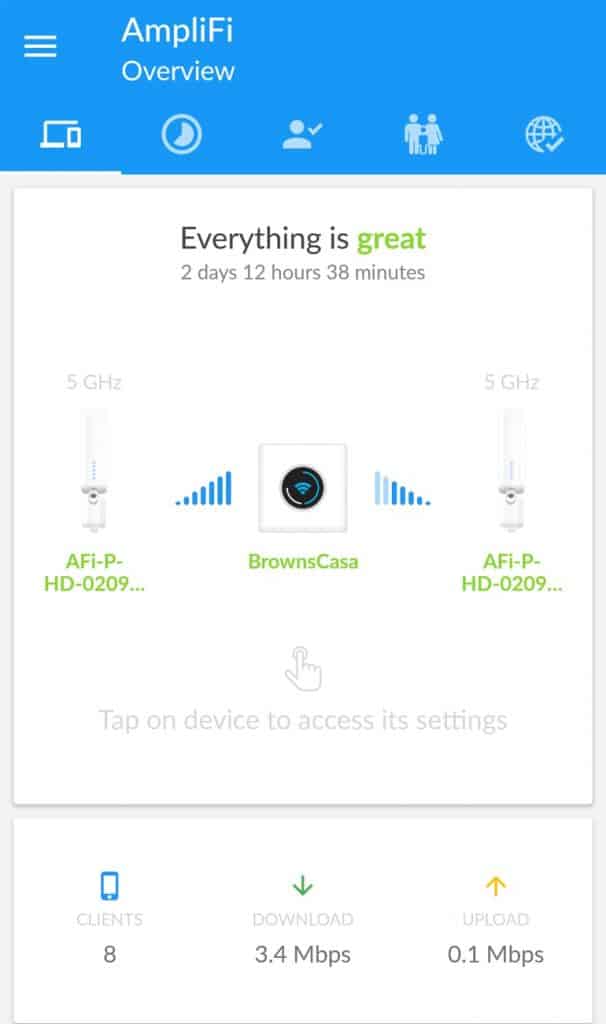 When you plug the AmpliFi into the power socket, it lights up and prompts to download the app. Which is available on both platforms Android and IOS.

After installing the app, you will see, it starts finding the AmplifI router and take us through the configuration steps.

Its interface is straight-forward and quite simple. At the bottom, you see five icons which refer to System, performance, guest, family and diagnose.

Like others, The app is capable of creating a guest network with a default name, security, and band settings. You can set the limit of people to be connected.

The company launched the gaming edition keeping gamers in mind. However, I didn’t notice that much of the changes as expected. This gaming edition has a few changes in design, software, and updates.

Moreover, It comes in a black matte finish while the standard version is white. Other things like setup, configuration, and installation are the same, but this time no metallic ball for attaching, meaning mesh points are a single piece of hardware.

If you are a gamer, then you can go with the edition. It can give you a better gaming experience if compared to the standard version.

Whether you buy AmpliFi HD or Amplifi Gamer’s edition, setup will be the same for both of the devices.

AmpliFi can be set up within a few steps and minutes. As Ubiquiti advertised, Its setup takes only two minutes. However, If you don’t have a Ubiquiti account, it would take more time.

Here is the User’s PDF file for setting things up.

If the mesh wifi system is concerned, the AmpliFi HD is an excellent mesh network solution. However, there are some other mesh WiFi routers available on the market, which may provide better performance at this price.

It is easy to set up and works incredibly. It comes with range extenders that won’t disappoint you when coverage is concerned. If your house is quite large with dead network spaces, then you should consider two meshpointHD units.